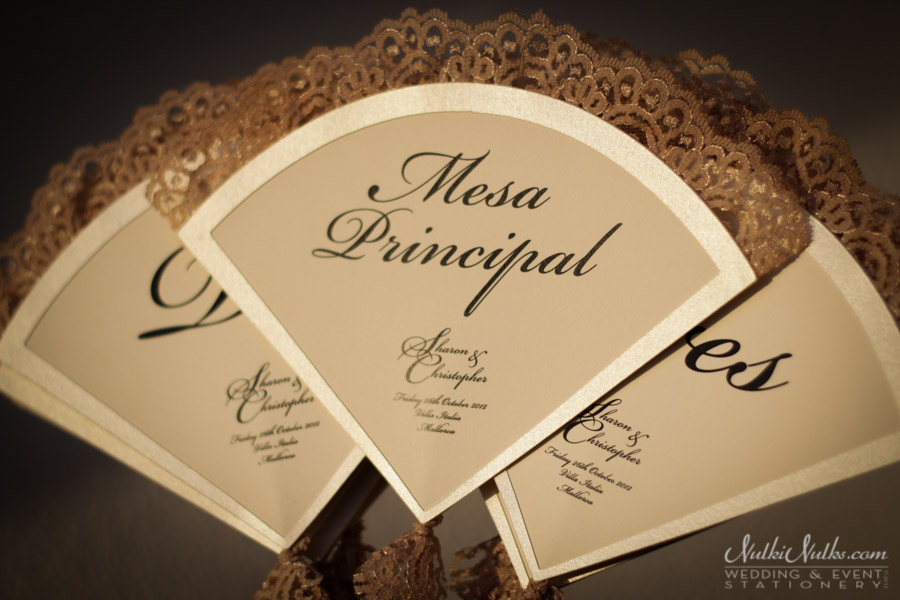 I am pleased to see that our wedding fans are getting around the world; this particular trip took them to the Spanish island of Mallorca.

Sharon initially contacted me via our quote request form on our website, which we then followed up with a quick chat over the phone. 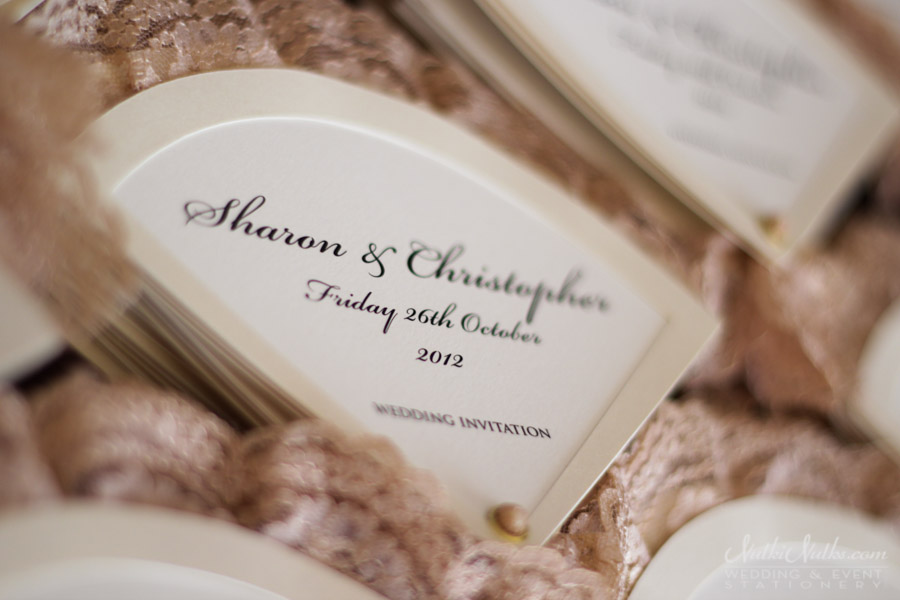 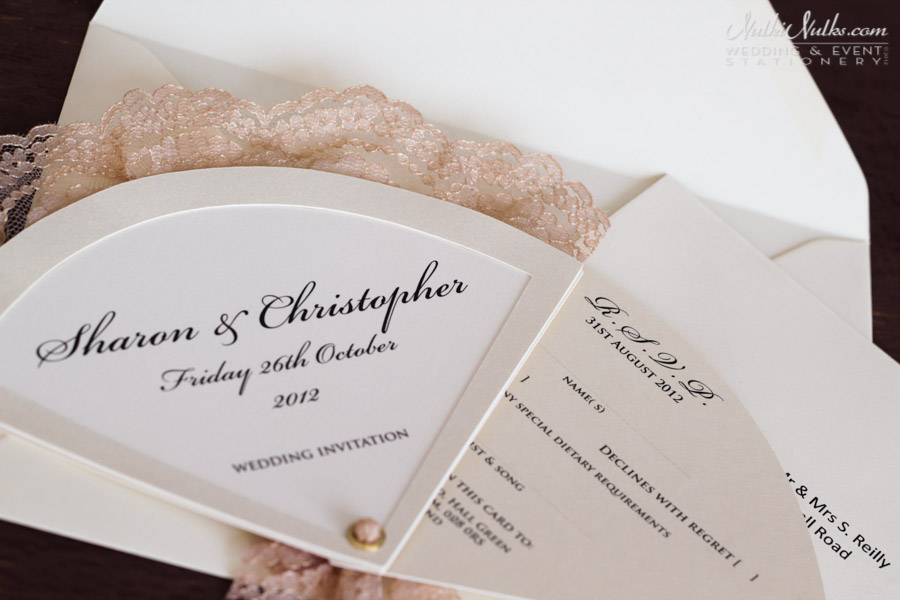 Sharon very much liked our wedding fans, but with a full catholic service it was not possible to continue with the fan for the Order of Mass. So we decided to have a booklet instead and find another way to include the fans on the day.

To continue the look from Sharon and Christopher’s invitations, the same card stock and typeface were used throughout their ‘on the day’ stationery. And whilst the invitations were on their way, I set to work finding a way to bring back the fan for its cameo role! 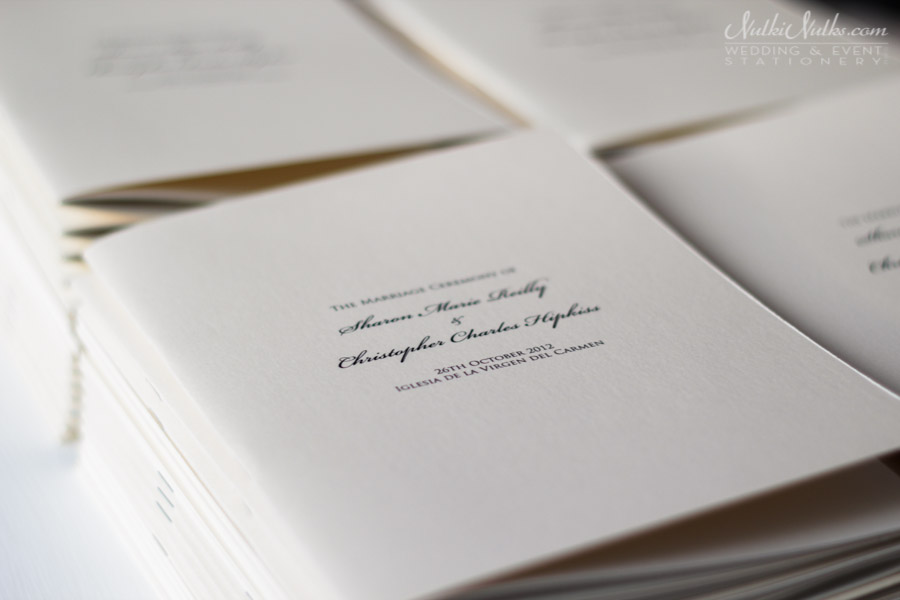 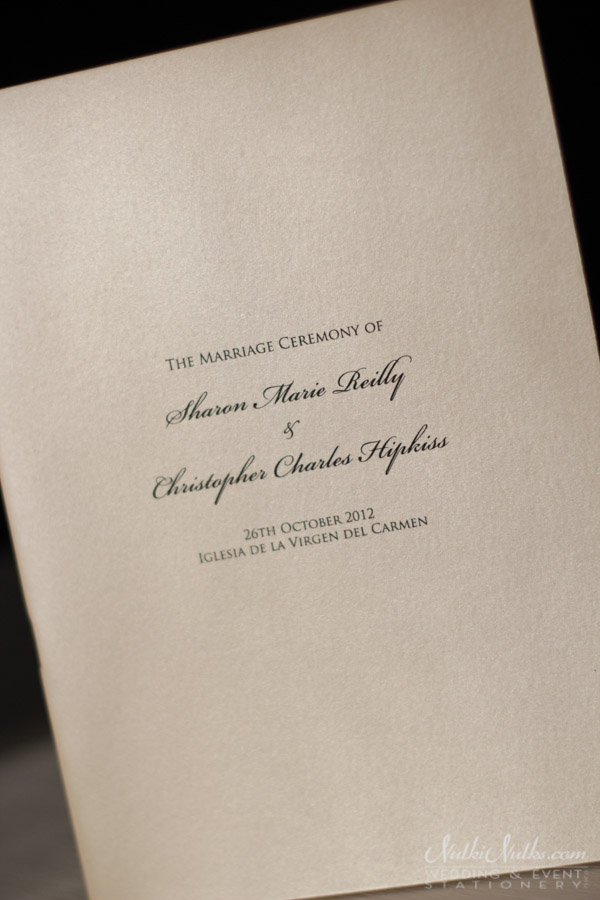 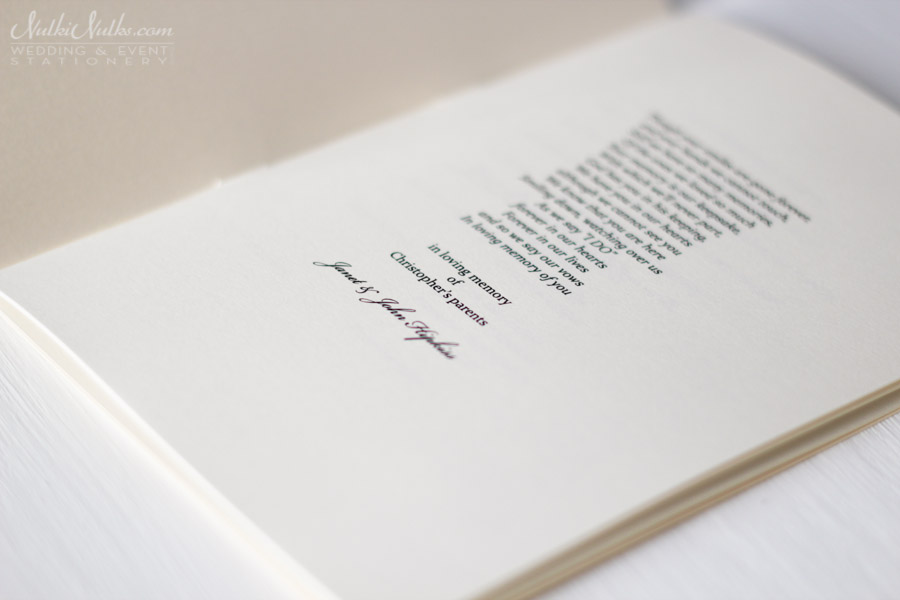 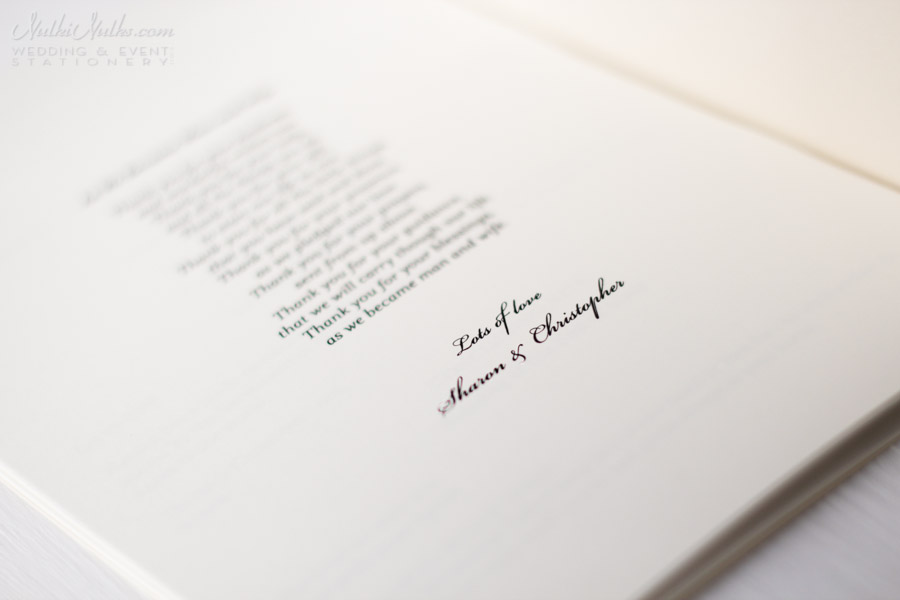 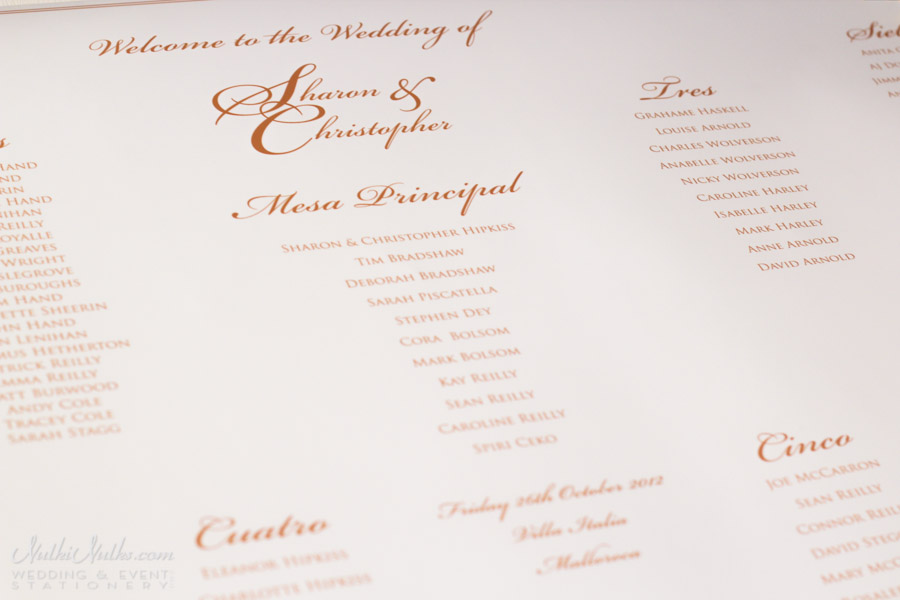 In the end we decided on fan-shaped table numbers which were placed within the flower centerpieces and for that little added authenticity Sharon elected for the numbers to be written in Spanish. 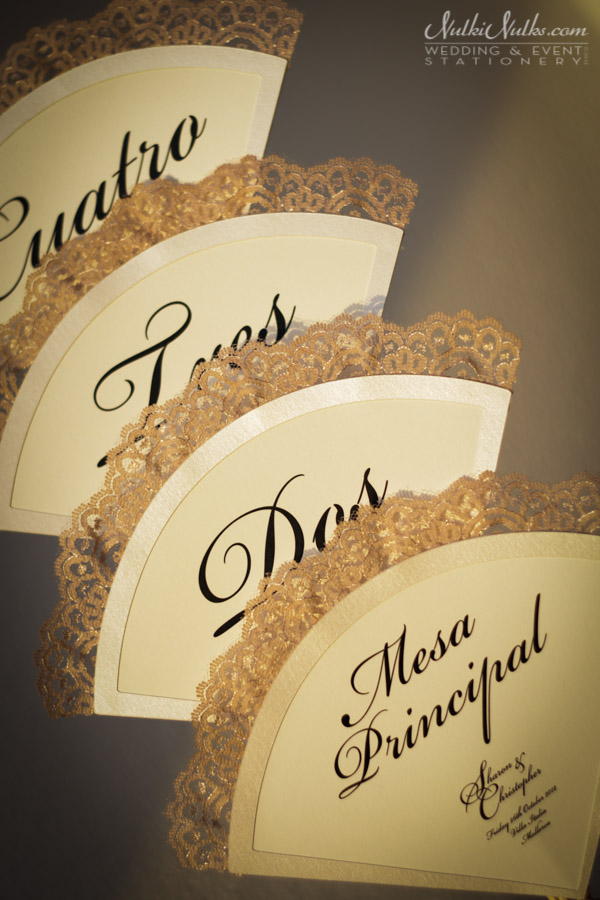 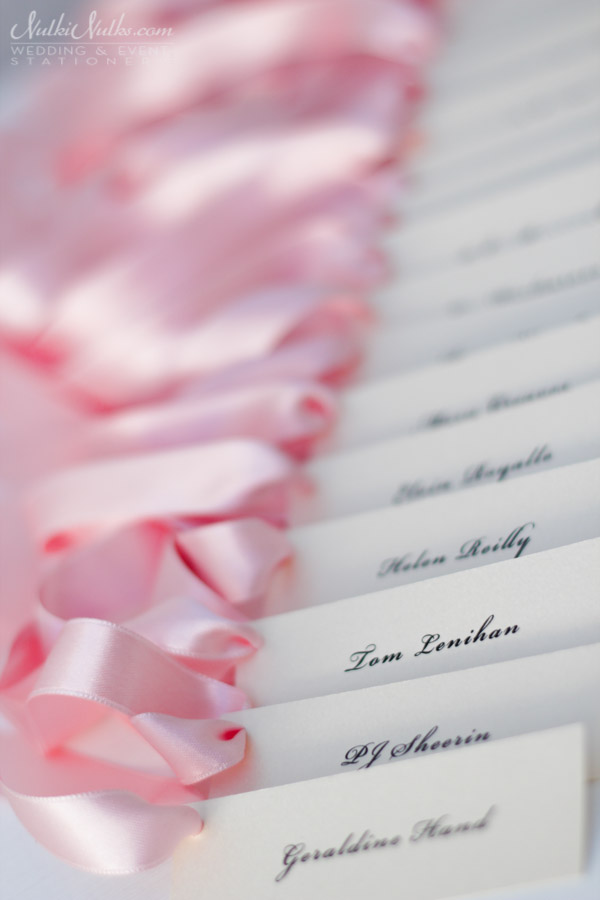 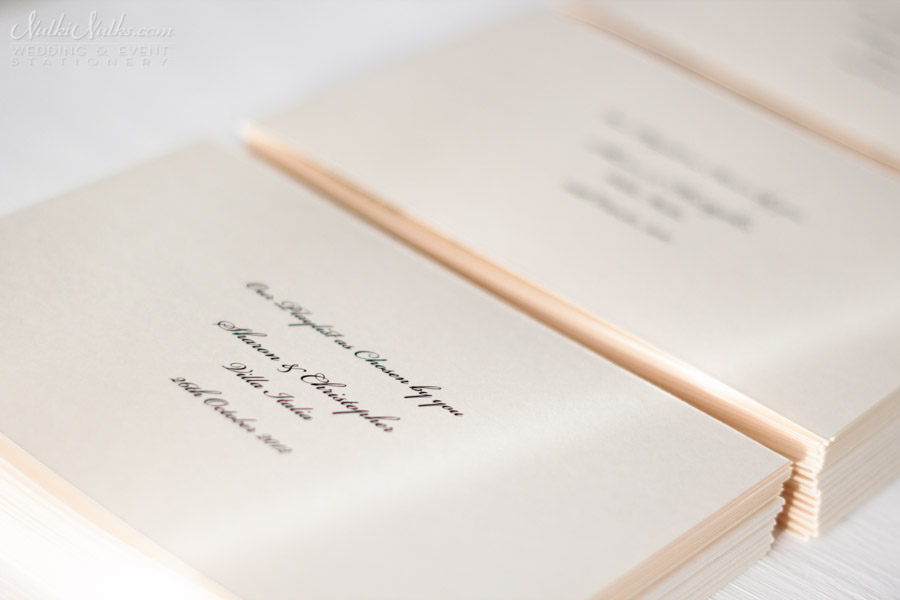 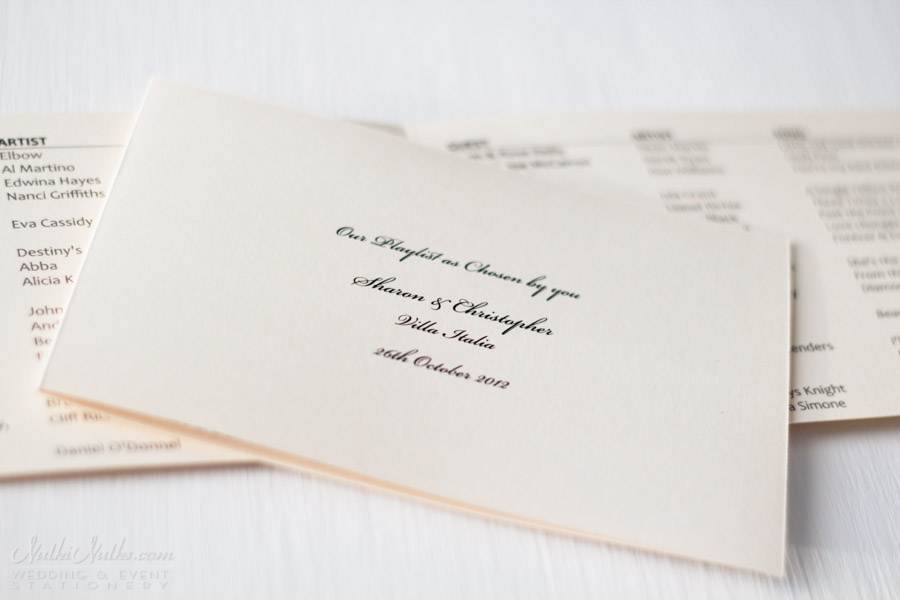 I’m sure it’s a difficult task to decide on favours for your guests, but I thought Sharon and Christopher’s idea was perfect. We all know how music can transport you back in time. Each guest were given a pen drive or ‘geek stick’ as I like to call them, along with a mini song booklet and a small message ‘Our playlist as chosen by you’, followed by their names, date and venue. Super cute!